Head West My Friend: Vacations For People Looking To See The USA

Get ready for one of the biggest adventures of your life. If you are tired of the same boring old vacations where you check into a hotel, look at the beach and zone out, eat some food, and then hit the clubs, then you are probably looking for something that will change it up. You might want something that can be more exciting, more involving. There are endless things that you might want to do, but this list is going to focus on vacations that take place out west. The American West is one of the most exciting and iconic places in the world. The great American West has some of the most amazing sights and sounds that you could see. Here's a list of some cool things you might want to try out.

Yosemite is one of the most amazing parks in the western united states. It has some beautiful sights and sounds and is one of the most exploitable ones that you will ever see. The cool thing about Yosemite is that you can see some incredibly waterfalls. If you're looking to see some of the sights and want to take an up close at the waterfalls in the area then you really will want to investigate a waterfall tour. What this sort of tour will include is a guided walk among the waterfalls so you can see the majestic sights up close and personal.

For fans of classic Westerns, there is no better place to visit than Monument Valley. This is the sight of some of the most impressive visual monuments in the entire North American continent. You will see the sights that have made their way into the films of such illuminates such as John Ford or Howard Hawkes. These two directors were knowledge for making some of the most famous films of the 1930s and 40s.

This park is home to some of the most beautiful tress in the world. You will see trees are something that you won't normally get a chance to see. You will get a chance to see them up close, take photos of the trees or even feel them, and marvel at the majestic nature of the forest. The park has some of the coolest places to look at and walk though in the entire western united states.

The Grand Canyon is one of the most famous places to visit in the entire United States. It has some of the most impressive visual spectacles in the entire world. The canyons are huge and have such an impressive scale that it is something that you really can't approximate. You can certainly hit the canyons on foot, but most people would recommend hitting the area on a tour where they offer you some sort of package where you can get on a bus and take a Grand Canyon tour where you will be able to see the outside without having to travail the harsh terrain on foot. 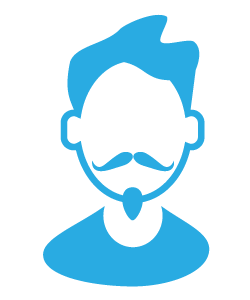 When I graduated from college, I had no idea what the world had in store for me. I knew that I wanted to travel, but I had no idea just how big of a part travel would eventually play in my life. I started working in an office that had several field offices, and before I knew it, I was chosen to work in another country. Although the idea was a little intimidating to me at first, I quickly grew used to the idea, and it was really interesting to explore the possibility of working in a new place. I wanted to start a blog that centered around daily travel, so I made this website.